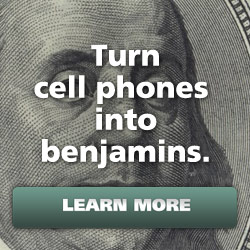 Loss of any most desired article pain’s us a lot specifically if it is something which is inseparable and has immense importance in our daily life. Many a times after being surrounded with many tasks, we often ignore and forget the last place where we placed our mobile phones or if it was stolen then it becomes very tough to relocate our necessary device. Although used to be a tough task while it won’t be anymore. Locate your smart gadget using IMEI number following simple steps which have been articulated in this post.

Trace And Locate Your  Stolen Mobile Phone With IMEI Number

It becomes a tough chore to track the lost mobile phone and we very often come across instances where either you or your dear ones might were found that their mobile phone have been stolen. Later relocating the smart phone with a preliminary search doesn’t yield any positive result and sometimes we are left in speculative instances after suspecting some of your dear ones may result worse consequences. Now no more tensions of losing your mobile phone as you can easily locate it using the unique identification IMEI of it following a simple method. IMEI (Internet Mobile Station Equipment Identity ) is a unique identification number which is assigned to every mobile during its construction and it is a must job of a mobile manufacturer to do that.

The International Mobile Equipment Identity (IMEI) is 15 to 17 digits codes which is written on your phone and each phone as its own IMEI. This IMEI number has to be noted down by the owner of the mobile after purchasing it as it has huge importance and would prove handy with the police when you file a mobile phone missing complaint.

Track your missing mobile phone exercising the below mentioned steps which are legitimate enough to locate your missing device although it is stolen or misplaced somewhere at your place. –

If your lost mobile was an Android OS powered smart phone, then you have greater possibility of tracing a smart mobile easily by signing into your Google Account which is incorporated with the Android OS of your android phone. First of all, you need to update and follow up your Google account which has all the devices connected to your Google account and provides you a platform to manage them. After signing in to the Google account, Click Account option which can be check in the drop-down menu after clicking your Google+ Profile Icon on the right side of the main toolbar or CLICK over here which will redirect you to the Google Account settings. Now, scroll down and click and follow this path,

Users would get maximum details of their gadget which is powered by Android where details such IMEI Number, Model Name, Manufacturer, Carrier Details, Last activity seen activity, registered date area available which can be used to file an complaint with Police and service providers to locate/trace your lost mobile phone.

This ends your efforts to locate your lost or misplaced mobile phone and now its police and service provider’s job to trace it. Be patient enough as this process may end up in a day or days while implementing all above mentioned steps would make you safe from the occurrence of unfortunate consequences. Also If you know something more important which is relevant to this article post then do share your views and queries with placing your comments below we would get back to you soon.